Biker Nathaniel Calzada did a long ride with friends but upon reaching a forest road, he noticed his front wheel had been busted in Cebu province, the Philippines on September 10.
2022-09-27 18:24:24 Inspiring video shows the local, Benjaporn Sirirak, huffing and puffing her way through the strenuous exercises in the middle of a spartan fitness routine with her coach Duang at the gym in Chumphon province, Thailand.
2022-09-27 18:24:03 Footage shows the proud sibling shaking the giant document among the crowd in Batangas province, the Philippines, on September 5.
2022-09-27 17:14:19 Footage shows the contestants wearing sacks and helmets as they race to cross the finish line first during a sports festival at the Government Technical Institute in Rakhine state.
2022-09-24 16:33:41 Brawny twins, 10, hulks over at bodybuilding competition in Thailand The entertaining bald umpire was strict but energetic while enforcing the rules of the league in Metro Manila, the Philippines on May 26.
2022-09-19 17:44:47 Police from 15 stations across Samut Prakan province participated in the festivities that lasted until September 7, with a tense relay race being the highlight of the event.
2022-09-17 13:44:02 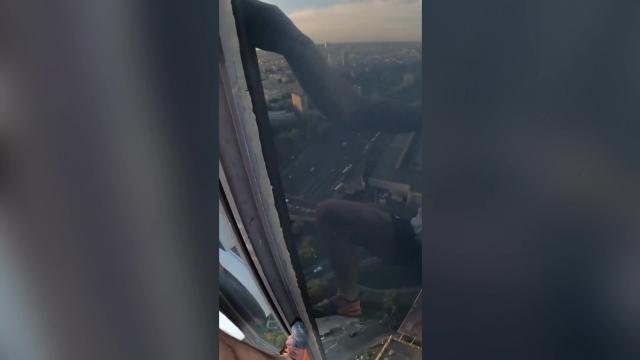 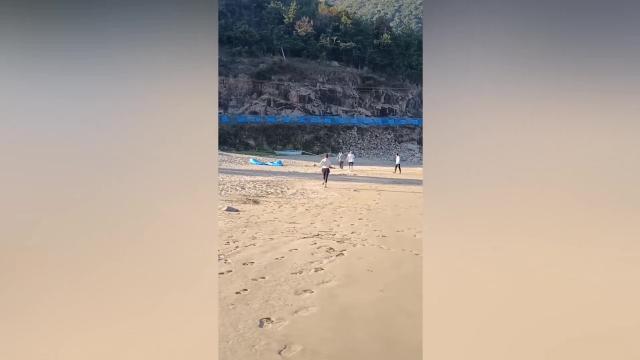 The trainee was falling back to the ground at the camp in Wenzhou City, Zhejiang province when the parachute swung sideways like a pendulum, preventing it from catching any air on August 30.
2022-09-03 11:30:12

Striker Mouzinho Barreto was playing for Angkor Tiger against Vishaka on August 13 when he received a long ball. With one touch, he went by the defender and dribbled past another before calmly rolling the ball past the keeper into the corner of the goal.
2022-08-24 13:50:18 Surrounded by shipping crates that formed a makeshift arena in the city's Khlong Toei district, members of Fight Club Thailand gathered to release their pent-up stress on each other.
2022-08-23 17:04:10 The prodigy, Wanraya Wannapong, 15, known by her nickname Nong Milk, clinched the gold at the women's final of the Federation Aeronautique Internationale World Drone Racing Championships in Shenzhen, China in 2018.
2022-08-18 15:40:59 The watersports lovers - many of them in fancy dress - converged on the Reka Karpovka for the seventh international Fontanka SUP festival.
2022-08-06 17:42:06 The watersports lovers converged on the Reka Karpovka for the seventh international Fontanka SUP festival. Organisers said there were believed to be more than 6,000 people from more than 80 cities and 10 countries participating in the festival. They claimed it was the largest ever gathering of stand-up paddleboarders.
2022-08-06 17:12:33 The watersports lovers converged on the Reka Karpovka for the seventh international Fontanka SUP festival. Organisers said there were believed to be more than 6,000 people from more than 80 cities and 10 countries participating in the festival. They claimed it was the largest ever gathering of stand-up paddleboarders.
2022-08-06 16:52:48 Footage shows the officers shooting several rounds into the air to break up the fight at the Chairman's Cup Football Tournament in Kalaw Township, Shan State on July 21.
2022-07-23 15:48:30 Footage shows the man, a member of the Anshan Archery club, taking his stance and nocking the arrow into the 80-lb bow at the target range in Kaisa Plaza, Liaoning province on June 22.
2022-07-18 20:41:22
Home | About | Contact | Privacy | Terms
Blog index page | Basic blog post | Fact Check | Knowledge Base