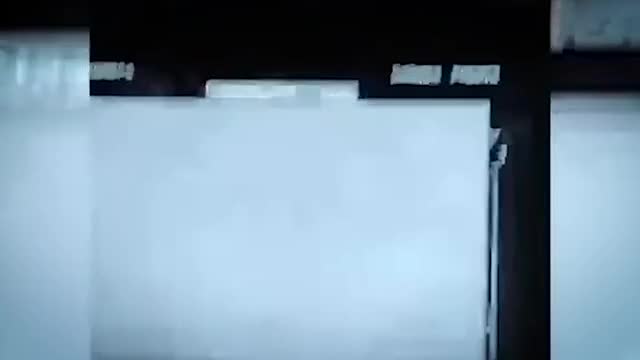 The footage begins with the Ukrainian troops opening fire on a Russian vehicle, which appears to be hit by a large explosion with anti-tank guided missiles.
2022-09-29 13:32:34 Footage shows locals in the city's Futian district hitting the metal fences which were erected after 10 infections - five of which were asymptomatic - were detected on September 27.
2022-09-28 16:05:44 The video shows the jet flying over the Ukrainian artillery soldiers, who can then be seen firing towards the Russian's unseen positions.
2022-09-28 10:58:00 Other images allegedly show soldiers belonging to the People's Militia of the Donetsk People's Republic (DPR) taking part in the referendum while undergoing treatment in hospital.
2022-09-26 17:26:26

The footage shows Russian soldiers preparing the vehicle, which can be seen boasting the now infamous 'Z' symbol on its side, to launch its deadly ordnance.
2022-09-23 16:48:42 The video begins by showing one of the attack helicopters, bearing the now infamous 'Z' symbol on the side of the cockpit, ready for take off at an undisclosed location.
2022-09-22 17:24:02 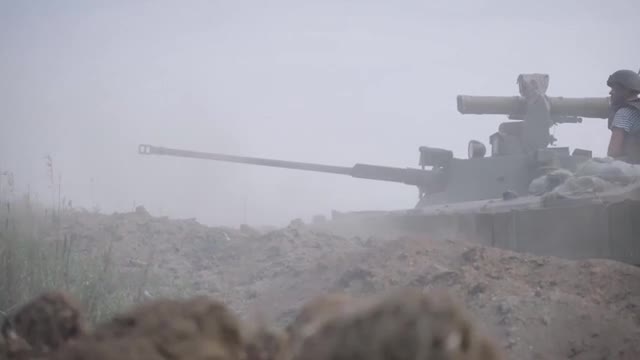 The images show two groups of marines firing a round of artillery each off into the distance at unseen Russian targets after their commanding officer gives them the order to fire.
2022-09-22 13:40:24 The multiple launch rocket system (MLRS) can be seen manoeuvring into position before soldiers can be seen calibrating its weaponry. The vehicle then fires its rockets with the images cutting to explosions, with Russia saying that Ukrainian military positions were targeted.
2022-09-22 13:40:13 Russian troops flee for their lives as Ukrainian artillery targets them

The footage begins by showing Russian military vehicles camouflaged in a wooded area before it is repeatedly hit by Ukrainian artillery fire. Vehicles can be seen blowing up and burning while soldiers flee.
2022-09-22 11:43:20 The footage begins by showing a self-propelled gun firing rounds, presumably at unseen Ukrainian positions, before tanks bearing the now infamous 'Z' symbol can be seen manoeuvring into position.
2022-09-20 09:49:08 The images were obtained from the Russian Ministry of Defence (MoD) on Thursday, September 15, along with a statement claiming: 'S-300V crews of the anti-aircraft missile formation of the Central Military District are on combat duty to cover the Russian group of troops and settlements from air attack weapons of the Armed Forces of Ukraine.'
2022-09-20 09:47:41 The images also show the scale of destruction in the area. Ukrainian President Volodymyr Zelensky has reportedly visited the area and said that he is 'shocked' by the scale of the destruction.
2022-09-16 15:29:52 The images were obtained from the Russian Ministry of Defence (MoD) on Wednesday, September 14, along with a statement claiming the images show the 'work of combat crews of the operational-tactical missile systems 'Iskander' of the Western Military District at night firing at the military infrastructure of the Armed Forces of Ukraine in the zone of the special military operation.'
2022-09-16 15:25:11 The footage shows some of the trophies and the mess left by the 'orcs', which is a term often used by Ukrainian soldiers to refer to Russian soldiers.
2022-09-16 15:24:40
Home | About | Contact | Privacy | Terms
Blog index page | Basic blog post | Fact Check | Knowledge Base